More On The Graph Editor

Being able to buffer curves and having the ability to mute/unmute tangents are useful tools when refining an animation. Using these tools along with ghosted frames and motion trails (to check spacing and arcs) will give you the tools you need to create high quality shots.

Let's say you had an animation of a bouncing ball (and who doesn't?) In this animation, you probably are using more than one animation curve so it should suffice for this example. You are able to temporarily silence curves that are interfering with your motion by selecting the channel(s) in the graph editor and muting them. This will cause the curve(s) to flatten out and behave as though there were no keys set on them.

You can find the mute item under your Curves menu of your graph editor. 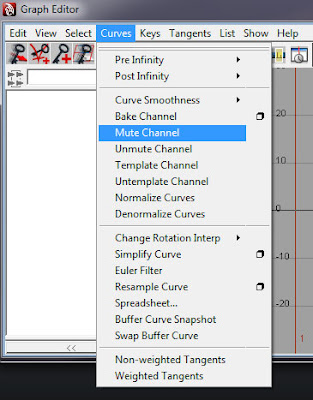 When muting a curve in the graph editor, there will be a little symbol next to the channel indicating that it has been muted. The original keyed anim curve will become a dotted curve and the temporary replacement will become a flat solid line. You can unmute the curve(s) from the Curve menu in your graph editor. 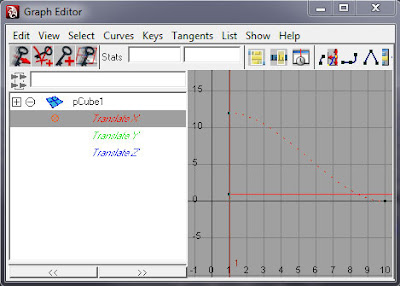 Handling one dimension at a time by muting channels you temporarily don't need is useful but sometimes this isn't enough to help you tweak efficiently. At times, you need to edit two or more channels at once and when this happens, your arcs and spacing become priority.

To check out your spacing, go under your Animation menu set and under the Animate menu, you'll find the Ghost Selected item. Go ahead and reset the settings one by one based on your situation. I usually like having 2 keys ghosted after and 1 key ghosted before. Or having two steps ghost after and 2 steps ghosted before. 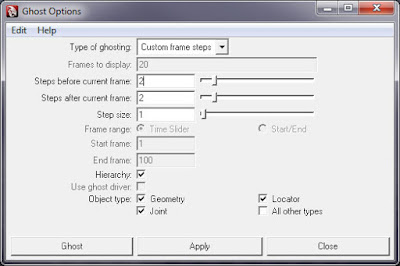 Once your spacing is neatly arranged, you will want to double check the arcs that your objects are moving in. Do this by switching on Motion Trails. You can also find this one under the Animation, Animate menu. You can have it update when you change a key--you can also have different display styles for the tool. My favorite display style is the line type because it visually plays "connect-the-dots" with all my keys. 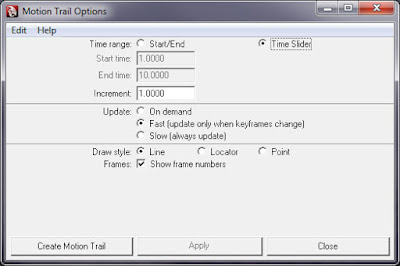 As far as I know, there is no magic "remove motion trail" button. However, you can delete the trail by selecting it and pressing delete.

Using Buffer curves can be a life saver. As animators, we're used to having multiple files for the same scene and sometimes this is true even if there is a minor tweak on a curve. Buffer curves can make your work more efficient by allowing you to test out different key configurations without throwing away all the hard work you put in.

Before you use Buffer curves, you need to switch them on in the graph editor view menu. 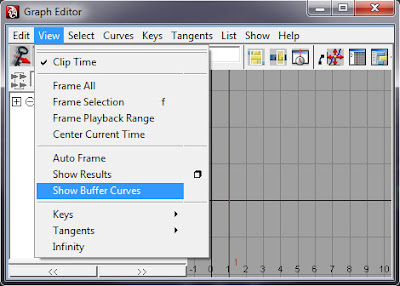 Once you are ready to tweak an anim curve and turned on Buffer curves from the view menu (in the graph editor), you can select the curve and go to Curves->Buffer Curve Snapshot. This "saves" your current configuration for your current maya session. You can now start tweaking until you can't tweak anymore. You'll be able to see the original curve ghosted in the back but if you don't like what your new curve is doing, you can always go to Curves->Swap Buffer Curve.

I hope this follw-up tutorial has been helpful.
at 3:17 PM